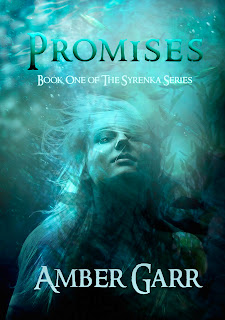 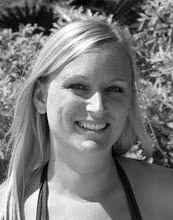 I want to be a writer someday. Most people know that about me. But before I wanted to be a writer, I always wanted to be a marine biologist. I even used to have the fantasy that I could be both! Amber Garr has managed to do both, and not only that, she writes about mermaids! Could there be a more perfect job? I recently caught up with Amber for a great interview! Check out our interview below! 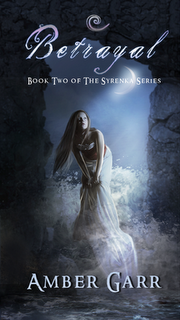 Where did you get the idea for the Syrenka series?
The first chapter was originally a short story I wrote last year. I had just finished a different one about a Death Warden (someone who escorts souls to the next world after they are dead) and I wanted to continue with another set of characters. Mermaids have always been a favorite of mine, and I liked the idea that they could live in the same world as us and no one would ever know. I’m a huge fan of the urban fantasy genre so my short story just took on a life of its own and turned into a three book series!

In addition to being a writer, you’re also a marine biologist (awesome!). Was your professional knowledge of the sea incorporated into the story any?
Yes! Syrenka was a take on sirenians (sea cows and manatees), and I’ve conducted a lot of research in the Florida Keys so I’m familiar with the underwater landscape there. I also had to keep the scenery true to nature…like making sure the plants and animals were in the right location (California versus Florida). It had to be correct! Plus…I used to wish that I could live underwater, and although I get to do some of that with my job, this was an opportunity for me to create the kind of life I’ve always wanted.

Did you do any research into mermaid lore to build your world's mythology? Or is it your own original mythology?
I did some basic research, but more so for the selkie side. I purposely avoided reading other books about mermaids while I was forming the series so that I could create my own world without any subconscious influences. I used some of the traditional legends and put a slightly different spin on it. My mermaids are more like shape-shifters where they can take two different forms but don’t necessarily have to choose one or the other. They are also a little bit like vampires in terms of the mind control and dominance over humans. I was drawn to the selkie folklore and how they can be stuck to a life on land if their skin is stolen. In my books, selkies have a relatively solitary life and are supposed to avoid interactions with mermaids. I also decided to include water sprites/faeries as an important group of creatures that have ties to both the mermaids and selkies.

Which character did you have the most fun writing about?
I would have to say that I enjoy Abhainn, the water sprite. It’s fun to write in a dialect and he is going to be an important part of Eviana’s life as the series progresses.

If you had to choose a side, who would it be: Mermaids or Selkies?
This is a tough one because I think it would be cool to be either! However, I am partial to the mermaids and think that’s the side I would choose.

How do you feel about this growing mermaid phenomenon?
I think it’s great! Don’t get me wrong, I love my share of vampires, werewolves, faeries, etc…but it’s nice to see an interest in a different mythology all together.

What do you hope readers will take away from Promises after reading it?
First, I hope that they are able to just sit back and enjoy travelling to another world for a while. It is the reason I read fiction every day…a chance to get away from it all. But as a YA novel, I also hope that there are some lessons learned about how to treat others, cope with what the world throws at you, and making the right choices.

And lastly, what other projects are you currently working on?
The second book of the series is complete and I will be making final edits on that over the next month. I am gearing up to write the third and final book right now. It’s all in my head so I’m excited to finally have the time to sit down and write!
Posted by Garrett at 2:48 PM